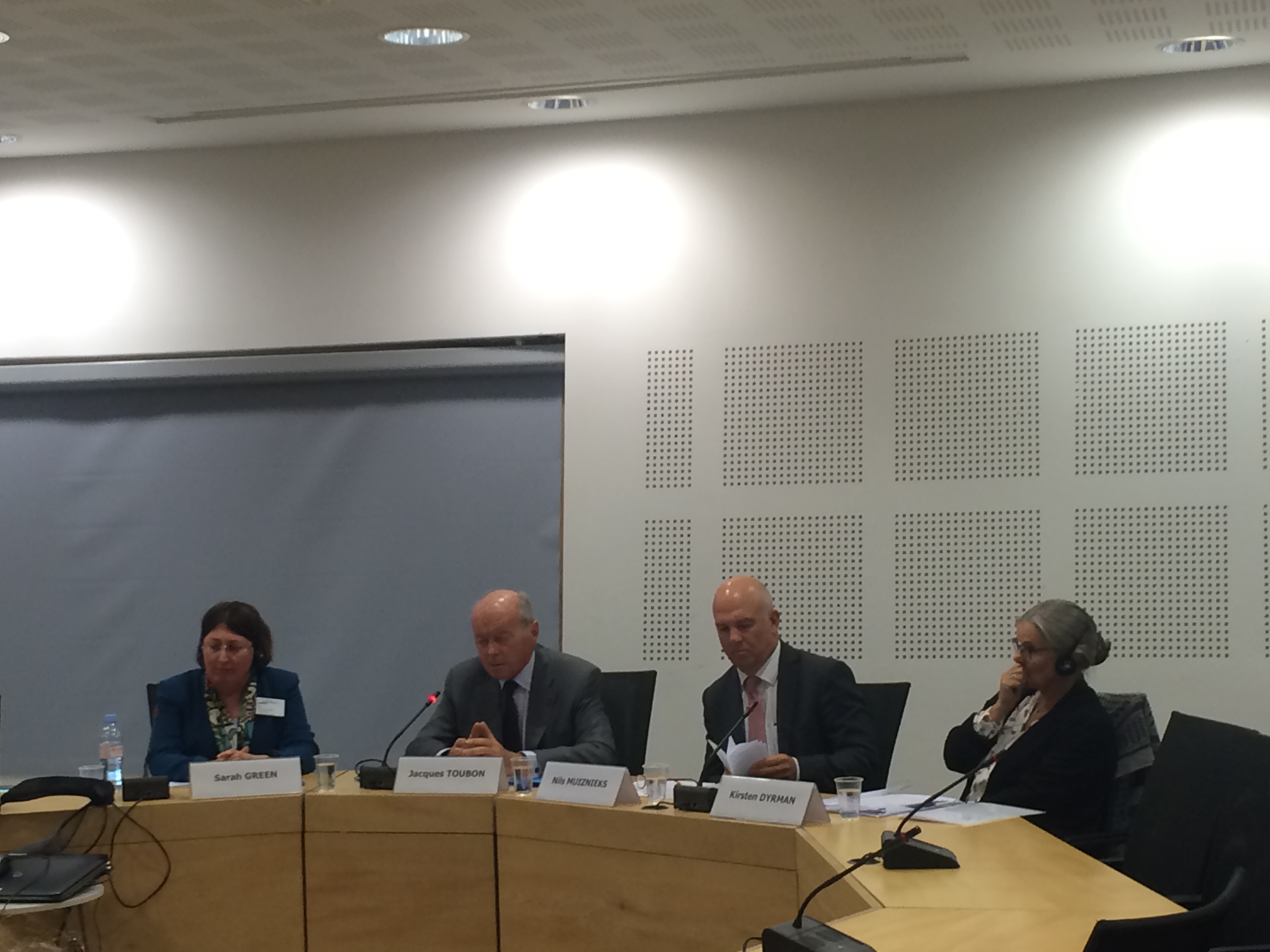 The third IPCAN Conference on « The respect of fundamental rights and freedoms in the context of the strengthening of the fight against terrorism », co-organized by the Council of Europe and the French Defender of rights on 14 and 15 September 2017, was successfully concluded by the signing of the Strasbourg Declaration. The Declaration, which is supported by 16 members of the network* and based on relevant International and European standards, calls on the Council of Europe, the European Union and the OSCE to mobilize their bodies and to lead a consultative reflection on national and external oversight mechanisms of the security forces.
.
Convinced of their fundamental and complementary role in democracies, the drafters recommend strengthening the national existing  structures, drawing on good practices and recommendations already in force, or otherwise, setting up such structures. These interfaces between authorities and citizens have or will aim at improving the work of the police and the police / population relations.
.
Finally, in order to guarantee the independence of these structures and the effective performance of their tasks, the allocation of broad powers (individual complaint mechanisms ; referral mechanisms to disciplinary and / or judicial authorities, disciplinary and criminal proceedings against a police officer ; power to recommend to public authorities) and effective investigative powers has been advocated, in addition to sufficient human and material resources.