IPCAN > News > 5th IPCAN’s Seminar: “Relations of the police and the population: challenges and practices”

5th IPCAN’s Seminar: “Relations of the police and the population: challenges and practices” 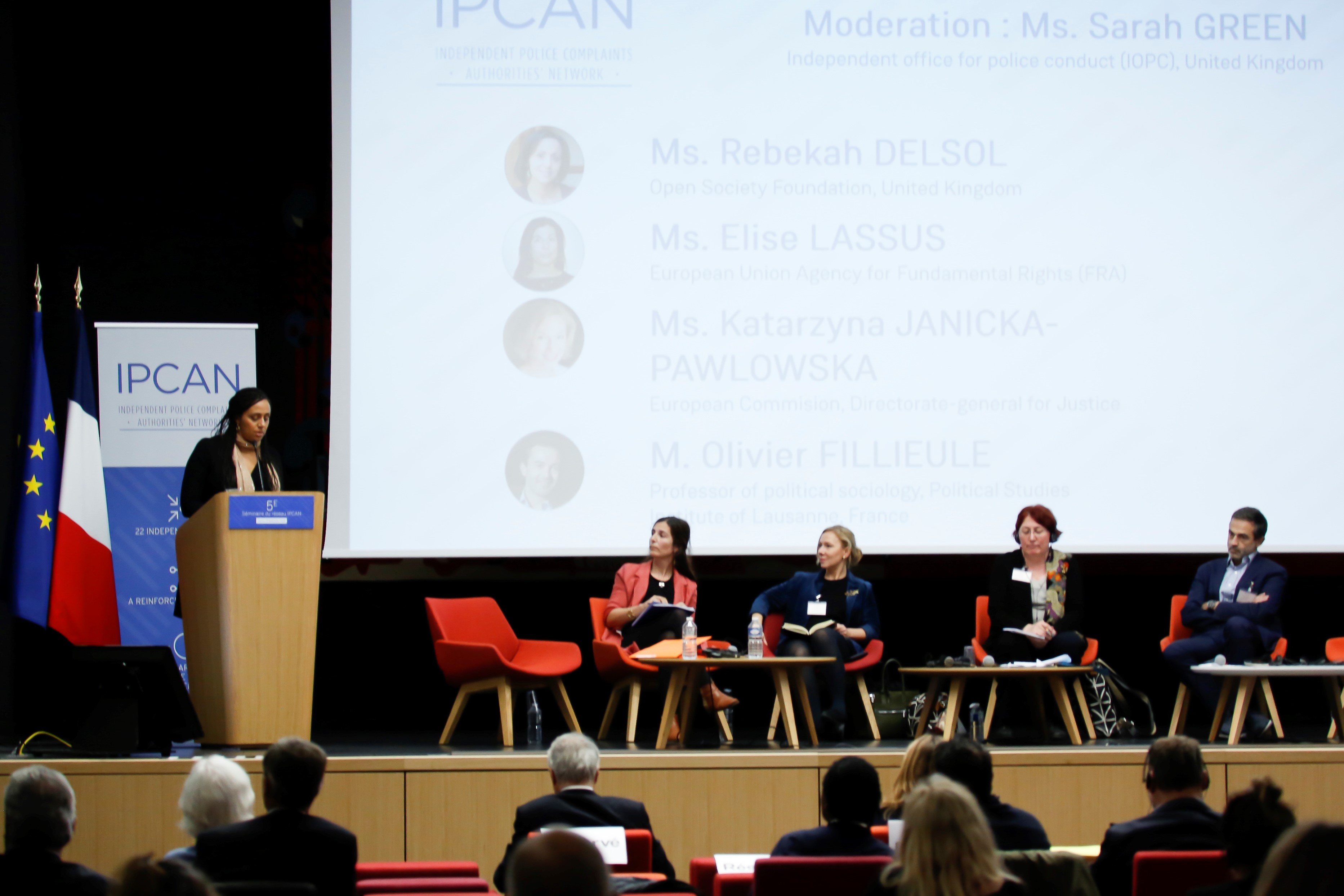 On 17 and 18 October 2019, the Human Rights Defender and the European Union Agency for Fundamental Rights (FRA) are co-organising the 5th seminar of the IPCAN network in Paris.
.
Recent survey findings[1] including those of the European Union Agency for Fundamental Rights (FRA)[2] highlight that a majority of respondents show a high level of trust of the population towards the police in the EU. However, the level of trust varies from one country to another. The level of trust tends to be lower among those who have experienced misconduct, discrimination, or violence.
.
The Independent Police Complaints Authorities’ Network[3] (IPCAN), composed of external police oversight bodies, receives complaints on police conduct concerning discrimination or disproportionate use of force. The network also receives complaints from victims and vulnerable groups who face obstacles in reporting to the police.
.
Whereas profiling can be a  tool for law enforcement to prevent, investigate and prosecute crimes, discriminatory profiling is unlawful and undermines trust in the authorities, stigmatises some communities and more broadly, affects their sense of belonging to the country.
.
In addition, new risks for unlawful profiling arise with the use of recent technological developments. Computer-run crime investigation programmes or facial recognition tools that process data may interfere with both the principle of non-discrimination and data protection laws.
.

Entitled “Police-Population Relations: Issues and Practices”, the 5th seminar of the IPCAN network is organised by the Defender  of Rights and the FRA.
The seminar aims to analyse the different forms of interaction between police and population and situations that can lead to tensions.

Through round tables and plenary sessions, the seminar will focus on three themes:
• discrimination, in particular during identity checks;
• the management of public events;
• the reception and protection of victims and vulnerable groups.
.
It will be an opportunity to explore the concrete challenges facing law enforcement and identify ways to overcome them based on experiments and training that have proven successful.
.
The event will bring together around 150 practitioners with hands-on expertise such as police forces, public authorities, complaints bodies, legal professionals, victim support services, civil society, academics and other experts, as well as representatives of international organisations and EU institutions.
.
See below:
The Programme of the seminar
The presentation of speakers
The presentation of the network

(1)In France, the Defender of Rights’ study on Access to rights “Relations police/population: the identity controls” indicates that 82% of the majority of the population trust the police. Survey 2016, Defender of Rights, https://www.defenseurdesdroits.fr/sites/default/files/atoms/files/rapport-enquete_relations_police_population-20170111_1.pdf
[2] Second European Union Minorities and Discrimination Survey – Main results report (p.69), EU Agency for Fundamental Rights, https://fra.europa.eu/en/publication/2017/eumidis-ii-main-results.