IPCAN > Members > The National ombudsman of the Netherlands 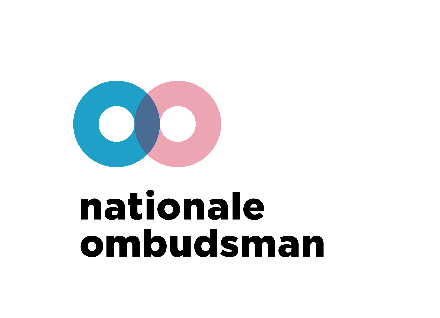 The National ombudsman of the Netherlands

The National Ombudsman is an independent and impartial institution. He assesses complaints about all aspects of public administration, defends the interests of the citizen and monitors the quality of public services in the Netherlands. The ombudsman is supported in his work by an independent and impartial Bureau which has approximately 170 staff members.
The current National Omdusman is Reinier Van Zutphen. Deputy Ombudsman Margrite Kalverboer is Ombudsman for Children.

The mission of the National Ombudsman is to safeguard the rights of the citizen in all dealings with administrative authorities. The Ombudsman will attempt to help citizens by investigating their complaints. He will advise where appropriate and can refer cases to the relevant public administration. He is alert to potential conflicts and will propose solutions intended to improve relations between the parties. The National Ombudsman helps governmental authorities to improve their own processes and procedures based on the findings of his investigations and published reports.

In essence, the National Ombudsman is empowered to scrutinize the manner in which public sector authorities fulfil their statutory responsibilities. An investigation may be instigated at the Ombudsman’s own initiative or further to a complaint from a member of the public. The National Ombudsman is impartial and independent. He is appointed by the House of Representatives for a period of six years.
There are several ways in which the National Ombudsman can deal with a complaint:
• Intervention. The Ombudsman will contact the public administration concerned to discuss the possibility of a rapid resolution. He will encourage the authority to contact the complainant directly by phone, letter or email in order to arrive at an outcome which is acceptable to all concerned.
• Mediation. The Ombudsman acts as an independent mediator between the complainant and the public administration. He may invite the parties to meet face to face. He will attempt to improve relations, clarify any points which require clarification, and may suggest ways in which to solve the problem amicably.
• Investigation and written report. If the Ombudsman decides to investigate a complaint in detail, he will ask both parties to provide further information. They are under a legal obligation to do so. Each party is given the opportunity to respond to the other’s point of view. The Ombudsman will then formulate his findings which are presented in a written report. This type of report is published (online)
• A letter. Where the outcome of an investigation is of interest only to the complainant, the Ombudsman may opt to present his findings in the form of a letter. He will also do so if he is unable to arrive at any firm conclusions. Letters are not published.