IPCAN > Members > The Norwegian Bureau for the Investigation of Police Affairs 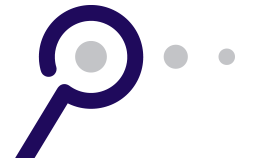 The Norwegian Bureau for the Investigation of Police Affairs

The Bureau of Police Affairs was established on 1 January 2005. The Bureau’s activities are governed by the Criminal Procedures Act, the Prosecution Instructions and directives issued by the Director of Public Prosecutions.

The Norwegian Bureau for the Investigation of Police Affairs is a national investigation and prosecution agency. The purpose of the Bureau is to investigate cases where employees of the police or prosecuting authority are suspected of committing criminal offences in the course of duty.

The Bureau is authorised to implement all legal means of investigation.
The Bureau’s Director rules on all the Bureau’s cases (with the exception of cases where the question of prosecution is ruled on by the King in Council or the Director of Public Prosecutions).
When the circumstances for punishment are present, a fine or penalty notice, waiver of prosecution or an indictment is issued. The Bureau’s Director and legal experts from the office of the Bureau’s Director prosecute cases in court.
The Bureau shall forward the case to the Chief of Police concerned, the Director of the relevant special body or other correct body or organ if through the complaint or the bureau’s investigations circumstances have been revealed that indicate that the case should be assessed and evaluated at administrative level, cf. the Prosecuting Instructions Section 34-7