IPCAN > Members > Ombudsman of the Republic of Croatia 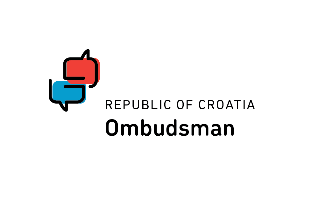 Ombudsman of the Republic of Croatia

Number of Complaints in 2018

Police complaints : 152
See 2018 annual report here.
.
The Ombudswoman receives complaints from prisoners, persons with mental disorders or members of their families and those deprived of liberty in police stations, asylum seekers reception centers and Foreigners Reception Centre.
The complaints mostly dealt with omissions in the proceeding, unprofessional and unethical treatment of citizens and, as in previous years, a significant number of complaints addressed overstepping of authority in procedures involving the use of force and resulting in deprivation of liberty. Despite earlier recommendations and warnings that in procedures involving the use of force and resulting in deprivation of liberty, police officers had to pay special attention to protect dignity of the affected person and that they should use force only proportionately and to the degree necessary to put under control persons who acted violently and/or in an agitated manner, the complaints received and investigative procedures that we carried out, clearly show that this was still not the case.
.
In line with mandate of preventing torture and other acts of cruel, inhuman, or degrading treatment, in 2018, the NPM visited 20 police stations The majority of the NPM visits were regular. NPM conducted two follow-up visits and two night visits. As a follow up, 64 recommendations and four warnings were issued. Generally speaking, accommodation conditions do not meet the necessary standards and some of the police stations do not have designated funds for foods. The CPT’s 2018 Report for Croatia states that the majority of persons deprived of liberty indicated that they had been treated correctly by police officers; however, there were several allegations of physical ill-treatment by police officers at the time of their arrest and while in detention, consistent with the medical evidence. Bearing in mind that these allegations were made also during the NPM visits, efficient and effective investigation should be carried out in line with the ECtHR case law to rule out any possibility of potential abuse or degrading treatment.