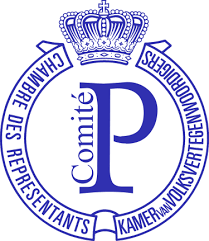 Committee P was created in 1991 in order to provide the Federal Parliament with an external body responsible for monitoring the police. It became operational in mid-1993.
.
Committee P fulfils its remit through various channels, including the examination of complaints made by ordinary citizens. It should, however, be noted that Committee P is not an ombudsman and was not set up to resolve complainants’ individual problems with the police.
.
Committee P is an independent and neutral body that assists the legislature in overseeing the activities of the executive.
Committee P acts as an external body, with respect to both the executive (ministers, mayors, police boards, etc.) and the police (federal and local police, special inspection services, etc.), and is responsible for monitoring the overall working of the police and policing by all officials involved in police, inspection and monitoring activities. This specific task means that Committee P is the only external and general monitoring body overseeing the working of the police and special inspection services which is also an independent body. Nonetheless, Committee P is accountable to the Special Committee charged with providing parliamentary support for Standing Committee P. To this end, its tasks include sending reports on its inspection inquiries to the Chamber of Representatives, as well as its annual activity report, which contains general conclusions and recommendations

Committee P aims to contribute to the smooth functioning of a democratic, ethical and community-oriented police force.
.
An external body overseen by the Federal Parliament, it seeks to achieve this aim by monitoring the overall working of the police, inspection and monitoring services and the way in which all officials with police powers perform their policing activities. Committee P focuses particularly on the way in which efficiency, effectiveness and coordination are achieved, and the way in which fundamental rights and freedoms are respected and actively fostered.
.
Watchdog role
Since its creation, Committee P has faced an exponential increase in the number of complaints and reports of individual misconduct by the police. Processing these complaints has a major impact on the Committeeâ€™s workload. For this reason, the legislature has expressly urged the Committee to refocus its activities on its core tasks and responsibilities, namely protecting the constitutional rights and fundamental freedoms of citizens, and overseeing the coordination, efficiency and effectiveness of the police.
.
The Committee is committed to meeting these responsibilities as effectively as it can, by acting as a watchdog on behalf of the legislature, executive and judiciary and of senior police officials.
The key aspects of this watchdog role are monitoring policing as a whole and, more specifically, monitoring the coordination, efficiency and effectiveness of the police and of services and officials with police powers, and how they act to protect the rights and freedoms of citizens.
.
In addition to its in-house expertise, Committee P can also call upon outside experts when necessary. Acquiring a comprehensive picture of policing is both a proactive and a reactive process, in which the Committee acts on its own initiative and at the request of others. Where it can, it delivers conclusions on strengths, areas for improvement and shortcomings in as timely a fashion as possible.
.
Committee P fulfils this remit through the following activities:
• Data collection and recording;
• On-site investigation and analysis: investigations focus on the macro and meso levels;
• Dissemination of conclusions, mainly in publications;
• Opinions and recommendations for the short, medium and long terms, in keeping with the early-warning principle where appropriate; and
• Follow-up of recommendations.

Comprehensive monitoring
Committee P performs external monitoring of what the organic law of 18 July 1991 terms â€˜police servicesâ€™. The concept is a broad one.
In practice, Committee P closely monitors:
• all components of the local and federal police zones, including their internal monitoring and inspection departments, and the General Inspectorate of the Federal and Local Police;
• services answerable to public-interest bodies and authorities (at all levels of power) whose members carry the rank of judicial police agent or officer;
• persons with individual responsibility for detecting and reporting offences. Generally speaking, there are hundreds of such officials with police powers operating in sectors like the economy, labour and employment, agriculture, public health, social security and public works;
• Security services at state-run public transport companies (SNCB, STIB, TEC, De Lijn) and the security officers who work for them, with respect to relevant employment or duties (Article 13.16 of the law of 10 April 1990 regulating private security);
• The Coordinating Body for Threat Analysis (OCAM), whose mission is to evaluate the threat posed by terrorism and extremism, and also the services required to pass on information to OCAM (support services).
.
Although Committee P is charged with examining how the decisions taken by the judicial and administrative authorities (the interior and justice ministers, provincial governors, district commissioners and mayors) are implemented by the police and police officials, it is not empowered to monitor these authorities. Nonetheless, Committee P cannot but point out that it has become increasingly difficult, especially since the police reform of 2001, not to comment on some or other aspect of action taken, or not taken, by some or other police authority (whether judicial or administrative). Since the reform, police authorities (primarily public prosecutors, mayors and police boards) seem to have gained in influence and to be acquiring greater decision-making powers in the field of policing. As a result, it is almost impossible for Committee P to avoid commenting on these police authorities, despite their falling outside its remit.
.
The Committee therefore investigates: the activities and methods of police, inspection and security services; their internal guidelines and regulations; all documents governing the conduct of their members, with the exception of guidelines on detecting and prosecuting offences and guidelines relating to the administrative police.